The owners of this amazing home built by Chileno Bay had been sold with an electric car in their home in the US, and wanted to pursue the known car company’s batteries for his house. After understanding its income ability with Mexico’s grid, it became real when we showed our Blue Planet Energy Batteries that triple the life expectancy of most common lithium batteries and double the average warranty in the market.

Blue Planet Energy syncs more with sustainability as their products last longer and create less waste which needs to be dealt with within the short mid term.

This 9,000 sq. ft. worth of continuous air conditioning and water filtration for pool and spa, is 90% grid independent. Not because it’s a massive solar storage system, but because it manages the vast majority of the loads to operate during sun hours, and at night, it reduces the loads to be powered only by the batteries which will also be 100% active during a power outage or a poor power quality supply from the utility company. 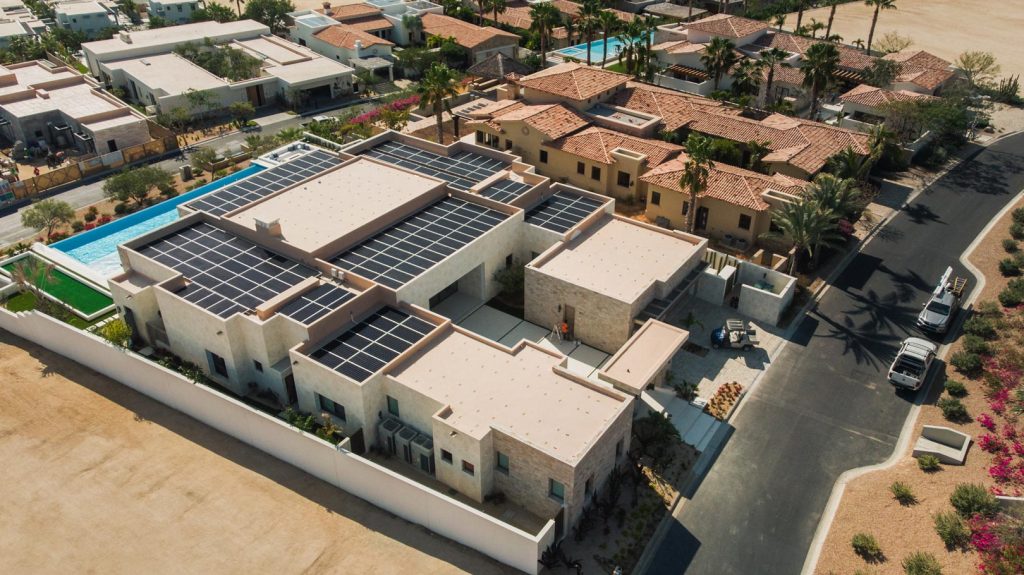 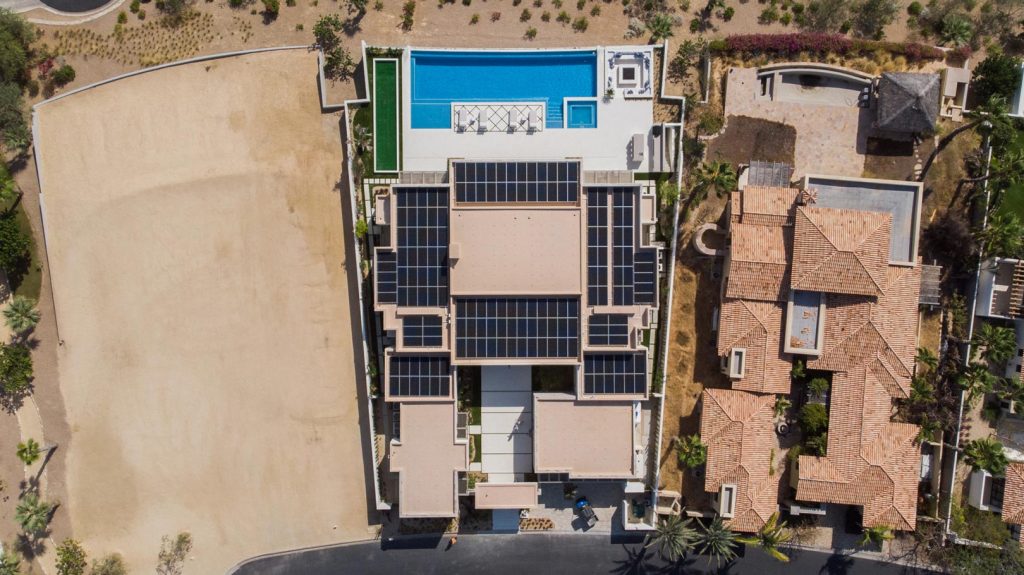 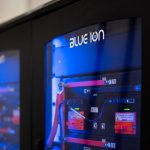 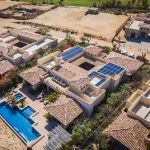 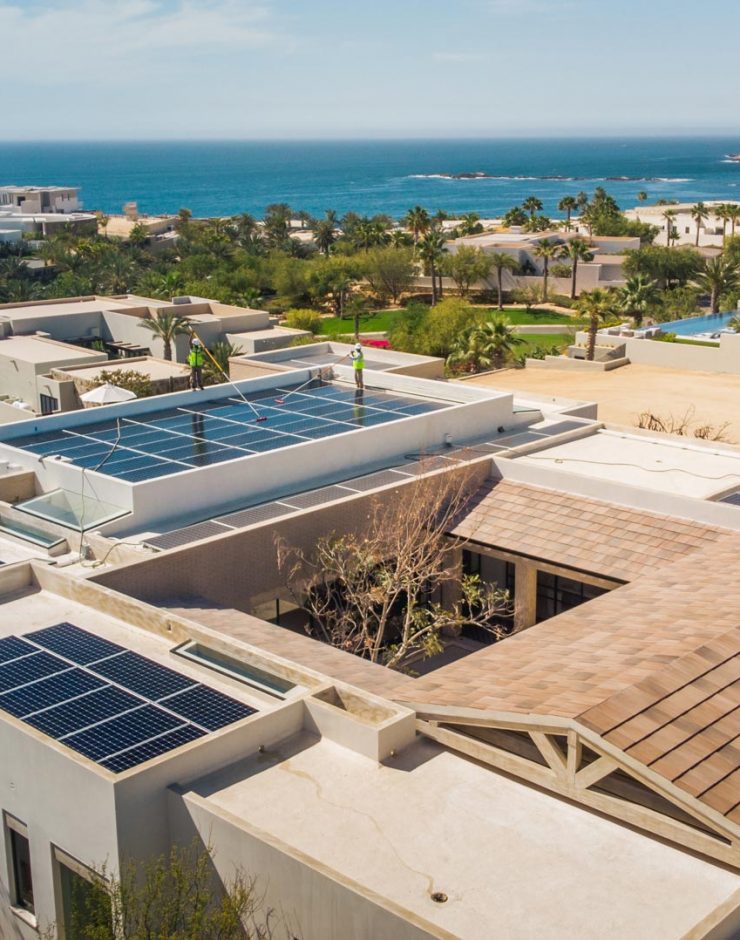 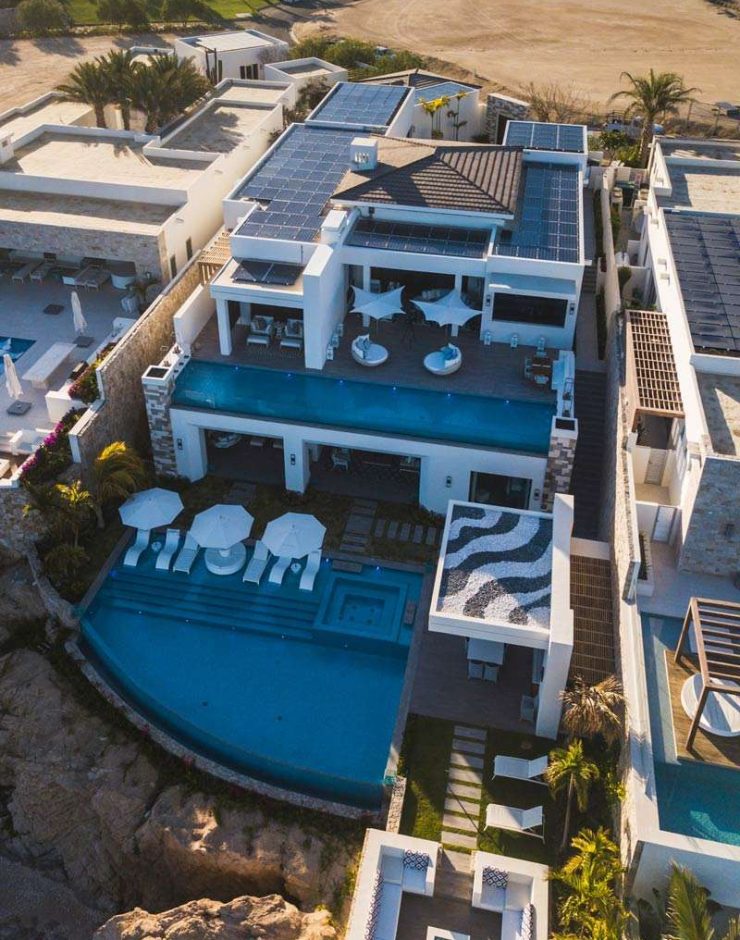